The capital of Italy’s Tuscany region is home to many Renaissance art and architecture masterpieces. It would take at least a month to see everything that Florence has to offer, and even then you might feel like you’ve barely scratched the surface. Some of its sights are among Italy’s most beautiful icons, as the entire city is a display of the humanist artistic movement that was the Italian Renaissance which broke Europe loose from the Dark Ages. Hence this eloquent city has much to offer, and I’ve put together a list of attractions that should be on the top of your bucket list when you visit Florence. 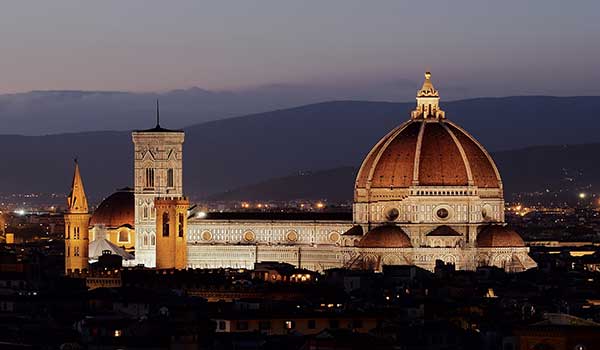 Piazza Duomo and the group of buildings that form its cathedral complex make up the city’s most captivating landmark. Duomo is capped by Filippo Brunelleschi’s red-tiled dome, and is an astounding construction with iconic green, pink and white marble facade, and a graceful bell tower, which dominate the medieval cityscape. Tour the baptistry, the cathedral, the bell tower, and the museum, and see some of the best masterpieces of art and architecture by the greatest artist of the Italian Renaissance. 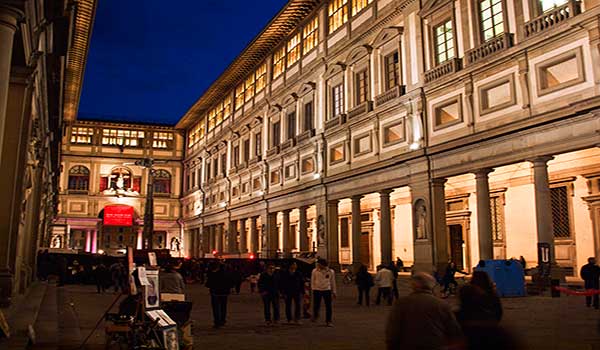 Home to the world’s greatest collection of Renaissance art of Italy, this gallery occupies a U-shaped Palazzo degli Uffizi, originally built between 1560 to 1580 to house government offices. The collections kept here now are simply staggering in diversity and quantity, and even if you’re not interested in the art, you’ll leave knowing more about the history of Florence during the Renaissance era. The collection was entrusted to the city by the Medici family in 1743 on the condition that none of the pieces ever left the city. Although make sure you book your tickets in advance as standing in the line wastes a lot of time. 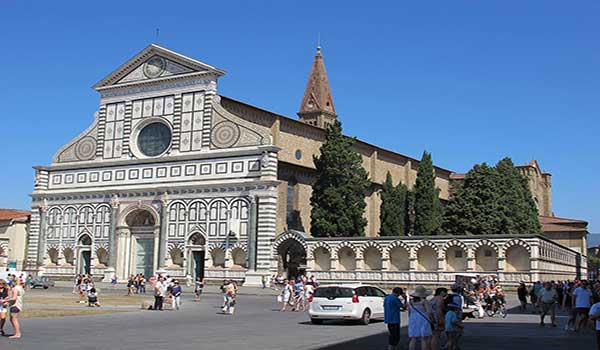 This Dominican church has a striking green and white striped facade and fronts an entire monastic complex, comprising of church aisles and a frescoed chapel. The city’s finest frescoes are featured inside, by artists such as Leon Battista Alberti, who designed the whole upper section and main doorway, and Brunelleschi who designed the marble pulpit.

Ponte Vecchio, a medieval stone bridge, is a widely known icon of Florence, its graceful arches are capped by a litter of shops, which has turned out to be one of the prettiest views in the city. A stroll across the bridge shows a shining array of fine jewelry, as the bridge was originally home to shops of Florence’s talented goldsmiths. It was originally called ‘Passageway of the Prince’ as Medici frequently crossed the two sides of Arno. 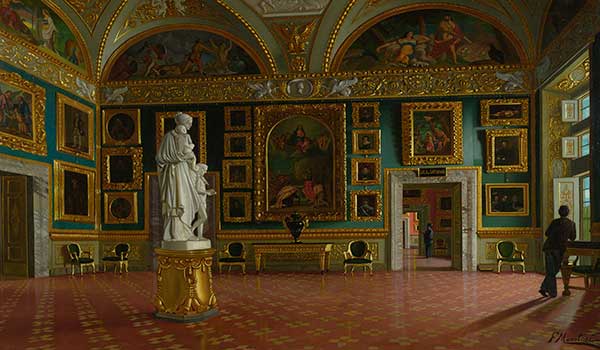 Palazzo Pitti complex has a little taste of all of Florence, what with the Medici palace, an art gallery, Florentine craftsmanship, a museum, a rich history, royal apartments, and one of Italy’s famous gardens. Tour the palace to see the fascinating royal apartments, which also feature famous paintings hanging as decorations in the rooms. Stretched behind the palace are the Boboli Gardens. The gardens have gone through several enlargement and restruction works as well, making it grander and more enjoyable for the public. This Italianesque garden houses a large number of statues and fountains, and even formed an outdoor museum of sorts exhibiting garden sculptures as well as Roman antiquities. 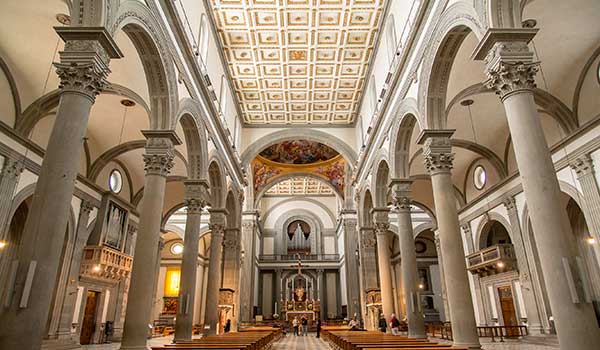 One of the oldest churches in Florence, Basilica di San Lorenzo was the burial place of leading members of the Medici family, and is situated at the centre of Florence’s main district. Originally Brunelleschi was to design the church and Michelangelo the chapel, so that it would memorialize their most eminent princes. But as both artists passed away before finishing it, the facade was never completed, so it gives the church a rustic, striking appearance. 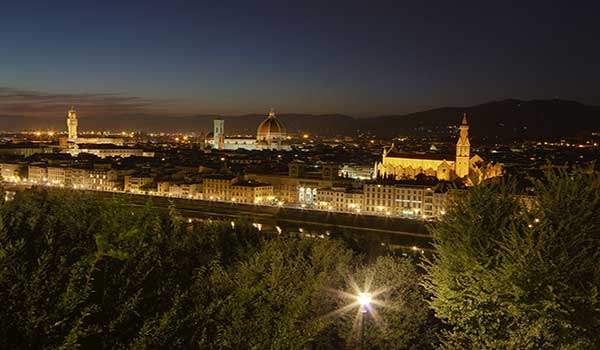 This terrace above the city is a mandatory stop, and it is the spot from where you can get postcard perfect views of the cathedral. It’s especially lovely at sunset but you can also enjoy during peaceful afternoons and evenings. You can also continue your walk up to the church of San Miniato al Monte if you’ve come this far. No other height can give you this extensive city view, containing the Ponte Vecchio, Santa Croce, Duomo, Palazzo Vecchio, and other such landmarks. 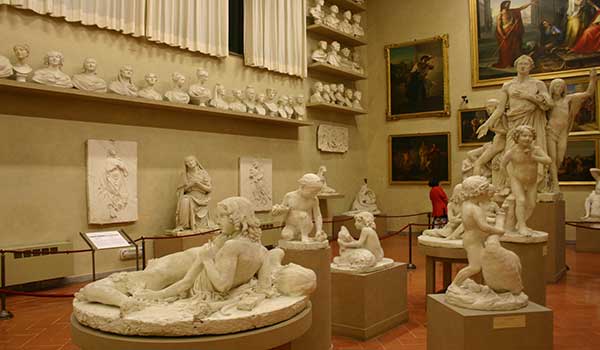 Florence’s Academy Gallery is home to important sculptures and paintings from the 13th to 16th centuries. Michelangelo’s David is probably the most famous sculpture exhibited here, other than more sculptures by Michelangelo. You’ll also find an appealing collection of musical instruments here, which were owned by the Medici family. There are other important masterpieces here as well, such as works of Botticelli, del Sarto and Uccello, among others.

About the Author: Emmeline Brown is a passionate travel blogger. She shares an uncanny love for food and travel and has been dreaming of exploring the world ever since she took a trip to the Grand Canyon with her parents when she was 13. You can read more of her work in her freelance blogs, such as this Europe inspo article, and more on Travel & Chocolate Blog.

0 0 0
Previous : 8 Places to Visit with Unique Architectural Designs in Spain
Next : How to Plan a Fun Trip to Jim Corbett National Park