Things to know about Dubrovnik

Dubrovnik is a town in southern Dalmatia facing the Adriatic Sea. It’s well-known for its unique Old Town, surrounded with monumental stone walls finished in the 16th century. Its nicely preserved buildings range from Romanic Dominican monastery to Renaissance Orlando Column. Dubrovnik is definitely worth a visit at any time of year, even though early spring and summer months – when life spills out onto the roads and restaurants remain packed well into the night – bring out the finest in the town. Whenever you are going there, Dubrovnik apartments can help you find the Dubrovnik to meet all your accommodation needs. 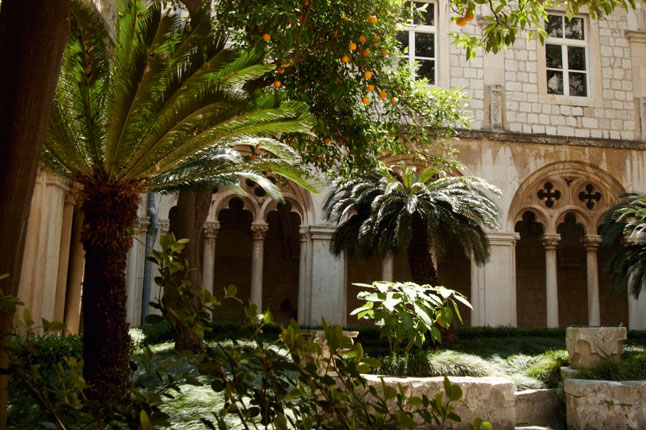 The construction was prolonged through the next 300 years, and in that period todays monastery was constructed, therefore it is not surprising that elements from many styles are includes such as Romanic, Gothic, Renaissance and Baroque. Still, the most famous are gothic flowers and notable cloister constructed in that style.

The cloister was built in the 15th century and is recognizable for its central well with porches with gorgeous triphoras around it. Even though the basic blueprint was created by Massa di Bartolomeo from Florence, local master Grubacevic, Radmanovic, Utisenovic and other were involved in the construction. Another famous resident of Dubrovnik, Paskoje Milicevic, projected the sacristy of the monastery, thus his name is written on the wall of the monastery church as a token of gratitude, were his final resting place is also located.

The Dominican monastery served many purposes over the course of history. Here, first lectures in Croatian language were held in the first public Gymnasium in Dubrovnik, the complex had its own pharmacy, and it was also the home of the brotherhood of painters.

It is no wonder that still today, many valuable paintings are held in the monastery museum, from authors such as Tizian and Vlaho Bukovac or old masters of Dubrovnik from 15th and 16th century, such as Lovre Dobricevic and Nikola Bozidarevic. There are also several relics and a rich library with numerous incunabula. Tours are organized in the museum and you have to pay a ticket at the entrance. 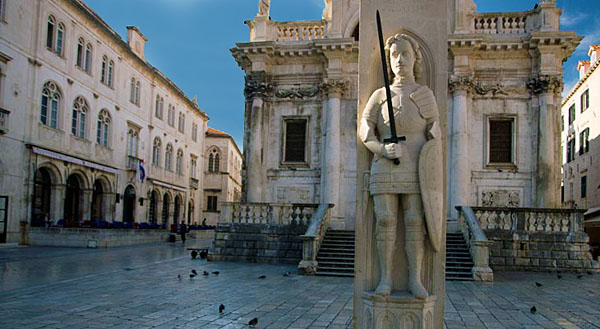 Orlando Column is located on Stradun, in front of the Church of Saint Blaise, were pillar of shame used to be located. The column was built in 1417, and it is stone sculpture representing Roland, the knight from the army of Charlemagne, central character of the old French epic poem The Song of Roland. Similar monuments were erected across Europe, while people of Dubrovnik have a legend which connects Roland to their city. According to the legend, the Saracens attacked Dubrovnik in the end of the 8th century, and the town was defended by Roland. Thus, the column was erected in his honor.

Even though the story is not based on historic facts, Orlando Column had, and still has a very important place in Dubrovnik. You could find important messages and announcements there, while the flag of Dubrovnik was also located there for centuries. It was also used as a measuring unit for length. In that time, the unit was elbow, and it was Orlando’s elbow that was used, which was 51 centimeters long, while the measurement itself is drawn on his forearm and in the base of the statue.

Orlando Column doesn’t have his measuring function today, but it is still very important ceremonial place. There is a Croatian flag on it and flag with patron’s figure during the Festival of Saint Blaise, while the lifting and lowering the flag Libertas marks the beginning and the end of Dubrovnik Summer Festival.