India proudly boasts of the Himalayan backdrop that runs from the North to the Northeastern part of the country. There are places that are still untapped but there are some we know that you must visit to kick-start your 2018. India is blessed with one of the world’s longest mountain ranges and the Great Himalayas are no less than a giant shield that protects the Indian subcontinent from all sorts of mishaps.

The mystical world of the Himalayas is flooded with endless beauty that people often describe in Poems but even a thousand odes will not be enough. The meandering rivers gushing through deep valleys, rupturing the roots of the trees in the dense forests, traveling all the way from various glaciers are dreamy. The snow-clad peaks turning all golden and orange during sunrises and sunsets are a sight to behold. From Annapurna to Dhauladhar, from Mount Everest to Kanchenjunga and K2; the Himalayas are inspiring like a God to humans, giving lessons of how to be strong and firm.

Top 12 Destinations to visit in the Himalayas 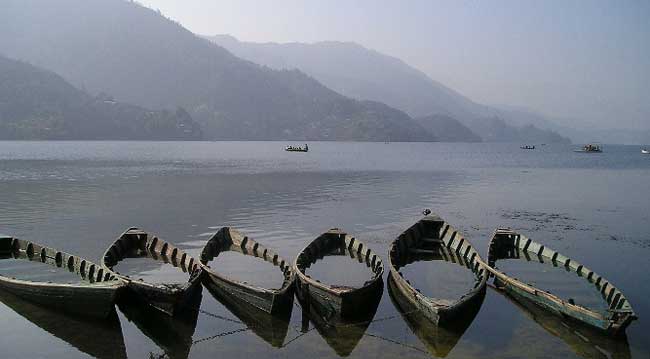 You can stir places in Nepal on your quest to attaining peace, Pokhara is one such Himalayan beauty that not only stuns the visitors but thrills them with the most exciting adventure sports like bungee jumping, river rafting, boating, etc. There is no dearth of things that you will not love to do in Pokhara, walk by the Phewa lake or go boating in this freshwater lake, or watch the magnificent sunrise from Sarangkot where the mighty Annapurna ranges take a golden veil. For the ones who find solace by stimulating their adrenaline by a number of adventure activities, Pokhara is just the right spot for you. 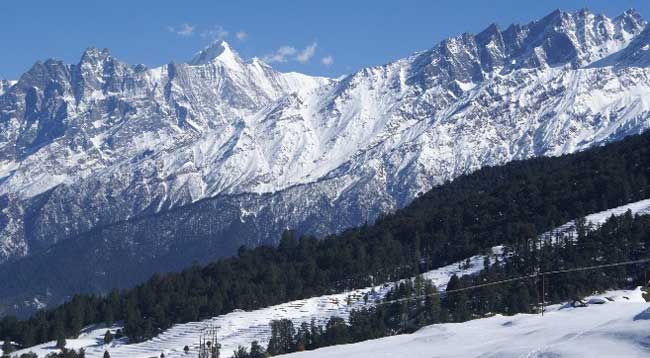 The soaring peaks of Nanda Devi, Mana Parvat, and Kamat Kamet are dove-white in the winter season. This is one of the most visited places in the Himalayas during winters as an ideal ski destination with a number of ski resorts. Aboard Asia’s longest cable car or ropeway and reach the shimmering snow-covered slopes and then slide your way on a ski board through the glittering snowfield. One can also trek through Dang village to reach the magnificent Chenab Lake. In summers, the slopes turn into a paradise of green meadows which are apt for a leisurely stroll, soak in the 180-degree panoramic vistas of enormous peaks of Nanda Devi. The best time to go skiing is from December to February. 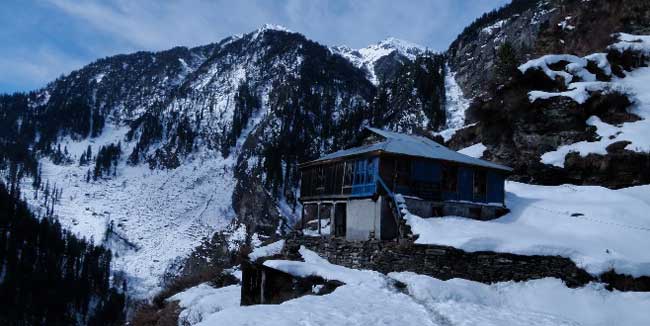 This hilltop village is separated by multiple high mountain passes on all sides and is one of the oldest and isolated human settlements in the world.This is a hub of cannabis production and is in the bad books for the drug business but as you race up to this village, you will be stunned by the unaltered beauty and the orthodoxical lifestyle and culture of the people living here. It is situated around 525 KM from Delhi, the place has recently banned tourists and travelers from staying in the village to preserve their race and culture but you can take a day tour to Malana because you must not miss it at any cost. 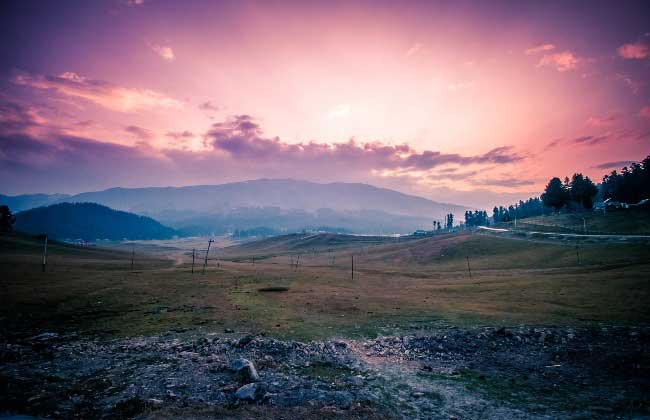 The flickering sunlight, the bruised-blue sky, the endless meadows covered in pearls of snow, the enthralling Gondola ride, and the sprinkling narrow streams with jewel-blue water; Gulmarg is astounding beauty in the valley of Kashmir. Gulmarg is one touristy place where you would choose not to be a traveler. Engage in all the cliched things like riding in a Gondola, skiing, taking a pony, or sledding down the slopes in the frozen snowfield to see the Kashmir- Pakistan border; your time will run short but not the activities. Gulmarg and Sonamarg are two of the most visited places in Kashmir, where Gulmarg is located around a distance of 55 KM from Srinagar. 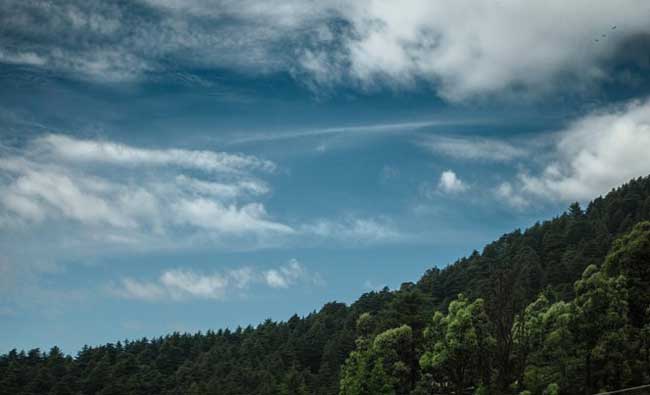 This quaint village in the lower Dharamshala has visible proof of Tibetan history. Mcleodganj has a strong Tibetan influence with the presence of Monasteries like Namgyal and the rawest form of nature like Bhagsu fall and Triund for trekkers seeking peace and ecstasy. You get to indulge in a myriad of adventure activities like trekking, paragliding, zip-lining, etc or one can just sit against the magical Himalayan background and read in the Illiterati cafe smelling the floating fumes of the brewed coffee while the sun slides down in the distance golden peaks of the Himalayas. 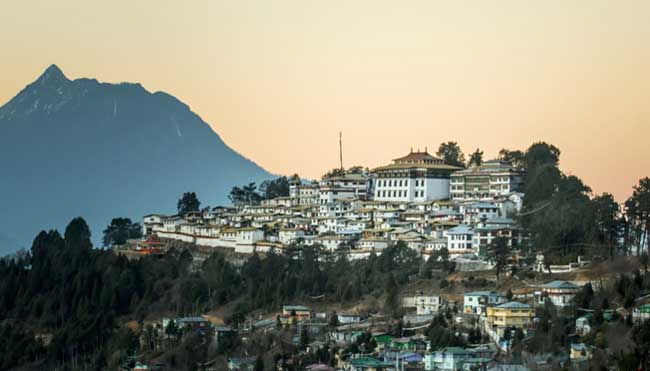 Tawang is synonymous with beauty so incredible that it stays with you for years. Trot the northeastern part of India and you will be amazed by many similar masterpieces made by the might like Tawang. From the incredible Sela Pass to the Jang Waterfall, from the ancient monastery of Tawang to the Penga Teng Tso Lake which stays frozen for half the year but all these rare sights makeup to a wonderful Himalayan hideaway that awaits you in 2018. This is a district in Arunachal Pradesh and is a splendid backpacking destination. 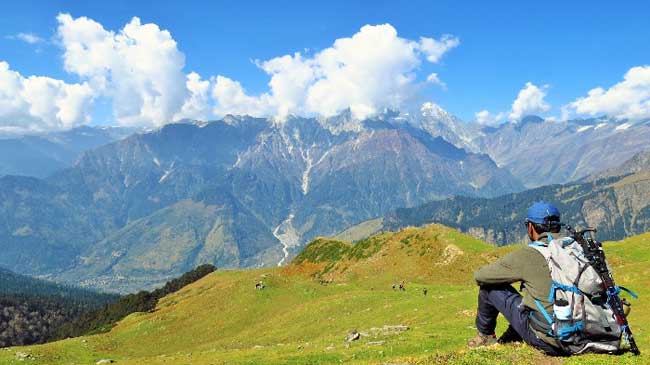 If you are an adventure enthusiast or a leisure traveler, backpacking solo or touring with family: Manali spoils you with a myriad of choices. The Solang valley can delight you with a plethora of adventure activities like rafting, paragliding, rock climbing, zorbing, camping, etc. Even if you do not plan to trek in the nearby spots like Jogini Falls and the Rahala Falls, Deo Tibba base camp, etc, or ride to the famous Rohtang Pass, you can just sit by the river in Manali and soak in all the serenity of the place. Manali is enough to unwind and relax and fall in love with the surrounding. It is almost 600 Km from Delhi and is one of the most visited towns in Himachal after Shimla. 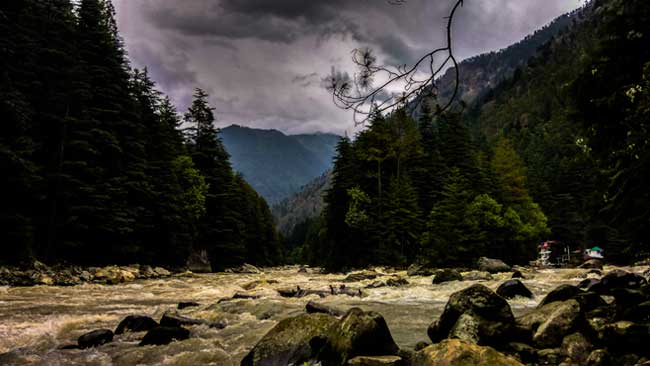 The Israeli cafes, the swooshing sound of the river, the hippy crowd, a myriad of adventure activities, and the camps by the smoking river; go fall in love with Kasol, like the rest of the world is already. You can stroll on the several suspension bridges, and watch the rapids in the untamable river of Parvati valley. You can also shop a number of souvenirs like a dream catcher, baggy pants, harems, etc for the ones who are missing out on the fun as the place is influenced by the Israeli crowd, the artifacts are unique, and attractive. Kasol is almost 520 Km from Delhi and is famously known as the “little Israel” of India. 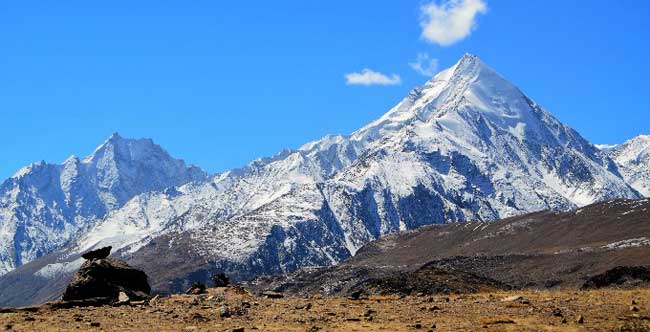 Embark on a trip to the land which is an alternative to Ladakh with equally stunning landscapes and endless adventure. Christened as “ little Tibet”, Spiti valley has pretty villages, off the beaten and unexplored lands, and hidden gems. The valley has spots that are considered to be the best places to stargaze; some of which are Ki, Kibber, Kaza, Tabo, Nako, etc. People who have been to Spiti boast about its charm and this is certainly one valley in India that has been underrated for a very long time but now it is taking the limelight. Beware of the road, you may be riding on a riverbed. 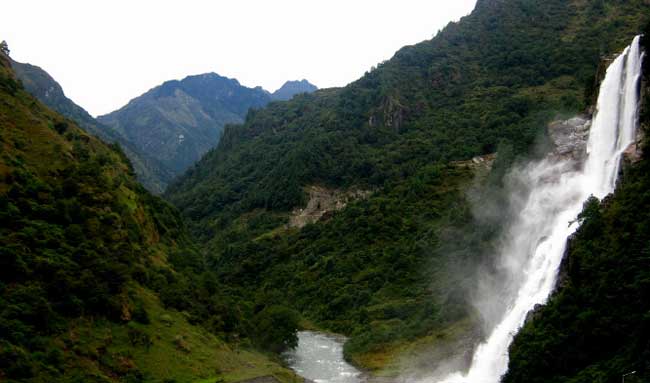 Ziro is a charismatic land in Arunachal Pradesh that makes you skip a heartbeat, stuns you with its verdant paddy fields, placid camp setups, rippling small rivulets trickling down the slopes and pretty sunsets painting a canvas of colors in the sky. Let nature unfold in front of your eyes like a caterpillar breaking its cocoon to show the world its perfect colors. The famous Ziro music festival an open ground set up of head-bangers and artists around the globe that is gaining a lot of attention, lately. It is situated at an elevation of 1500 M above sea level and is around 450 KM from Guwahati, where you can hire a cab or take local transports to reach the layered paddy fields of Zero, a gem recently explored by many. 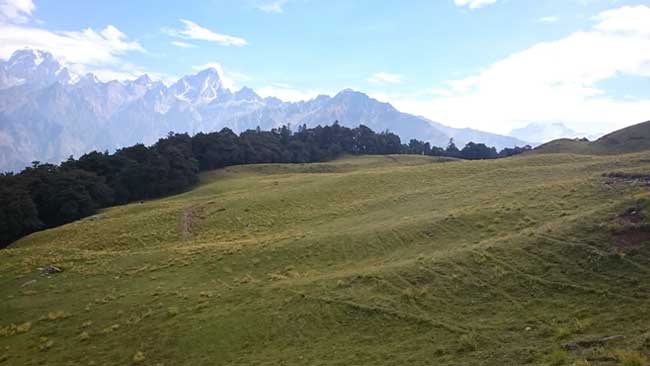 Get on board for a quest to find the source origin of the holy river Ganga. You can start your trek by reaching the base village Gangotri that is set on the banks of the river Bhagirathi. The endpoint feels like the edge of the world. The enchanting Bhagirathi river wedged between rocky green mountain slopes on one side and rocky steep mountains on one another while dove-white mountains surrounding the view ahead are like a brimming bowl of beauty. The place falls in the Uttarkashi district of Uttarakhand and can be accessed by a bus tour from Dehradun or Rishikesh. 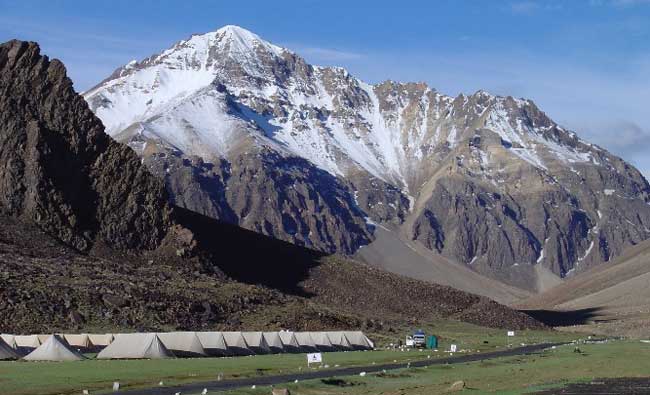 The only destination which does not need an introduction, the land which feels like a totally new world. The far away from settlements, the green layered fields amidst the tan-orange shades of the rocky mountains, the Monks covered in red, and the many hilltop monasteries with its age-old Tibetan influence; all looks like a magical stroke of serendipity. The adventure which you experience in Ladakh packages, you do not find anywhere in the world because you may be riding some of the highest motorable roads in the world, visiting some of the longest and highest lakes in the world, and praying at some of the highest monasteries in the world.

Tags:places to visit in Himalayas