Few would disagree with the statement that Egypt is one of the most interesting destinations on the planet. Arguably more closely connected to our perceptions of the ancient world than any other country or region, it’s a place many of us grew up studying. And while we also tend to see a lot of fictionalized or at least highly dramatized accounts of what civilization was like in ancient Egypt, we at least have a general idea of things.

Today, Egypt provides a wonderful and fascinating blend of appealing features. There are modern cities, beautiful seaside (and riverside) areas, and of course plenty of ancient sites to see. Here we’ll focus on a blend of cities, attractions, and areas preserved from thousands of years ago.

Top 10 Must Visit Attractions in Egypt 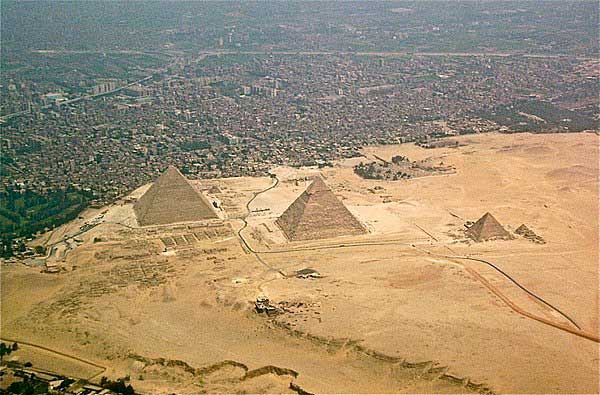 It’s easy to get the wrong idea of Giza and assume that it refers only to the patch of land on which the famous pyramids dwell. In fact, Giza is the third-largest city in the country, situated on the west bank of the Nile across from Cairo. This is simply to say it is its own destination, rather than just an attraction outside of Cairo.

That said, the remnants of the ancient world there are still the main reason to go to Giza, and indeed the main reason to travel to Egypt in general. What you’ll technically be looking for is the Giza plateau, which is where the three iconic pyramids still exist, in addition to the Great Sphinx. While it sounds somewhat like a cliché, there truly isn’t a substitute for seeing these incredible ancient monuments in person – no matter how many times they might have appeared in films, games, etc. And perhaps most interesting of all, there’s always something new to learn. It was only in November scientists made a new discovery being called a void or secret room within the Great Pyramid! 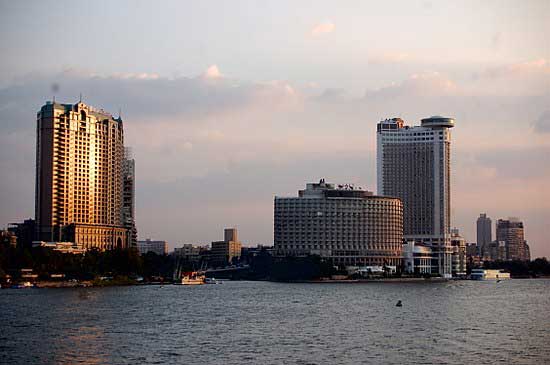 If you’ve only ever thought of a trip to Egypt in casual or hypothetical terms, you may have considered Cairo primarily as a base from which to explore Giza – and that’s fair enough! But Cairo also happens to be the capital, and is itself a great microcosm of Egypt’s blend of historical and modern appeal. You’ll find ancient Egyptian relics, incredible buildings from various chapters of Islamic history, and plenty of modern restaurants and luxury hotel offerings. Generally it may still be the best place to stay if you need a base for exploring the country.

Alexandria represents more of Egyptian history, and is arguably one of the most intriguing cities of the ancient world. Unfortunately it’s probably best known for two attractions that are no longer there: the lighthouse that was considered one of the wonders of the ancient world, and the library that contained scrolls full of untold wisdom from early civilization. While these are lost to history however, Alexandria is still the second-biggest city in Egypt, and provides all kinds of amazing things to see: Pompey’s Pillar, the Citadel of Qaitbay, and even a new, modern library (Bibliotheca Alexandrina). 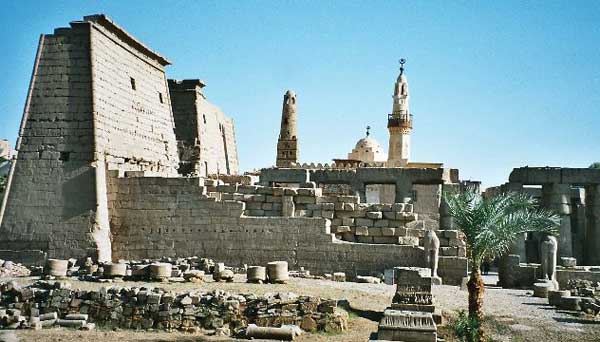 Next to Giza, Luxor might be the most stunning destination for those seeking history. Within the immediate vicinity are the vast Temple of Karnak, the Valley of the Kings burial sites, a reconstructed Temple of Hatshepsut, the imposing Colossi of Memnon, and perhaps most impressive of all, the Luxor Temple. This is an incredible structure and may have informed your understanding or vision of ancient Egypt more than you know.

To understand the Luxor Temple’s influence, you need look no further than online gaming in fact, where it (or a strong likeness of it) serves as a backdrop for a game called Book of Ra. Working with a full Ancient Egypt theme, the game’s symbols include Tutankhamun, an explorer, gold statues, and Sphinxes – the temple itself isn’t even named. But this in fact is the point. The look of the temple has seemingly served as a basis for lots of designs of ancient Egyptian settings in games, books, films, etc. Seeing them in person will feel almost as familiar as it is wondrous. 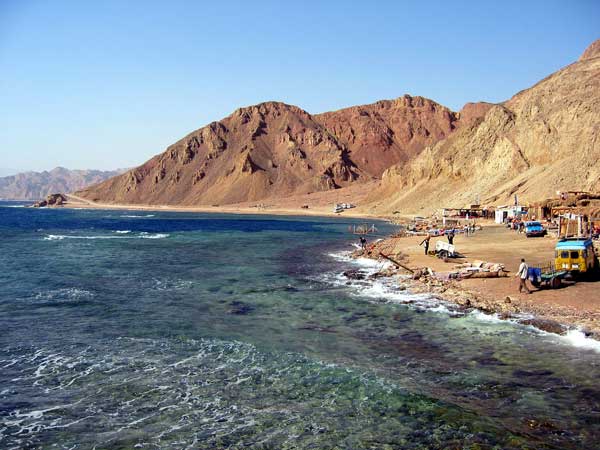 Dahab is the kind of destination that can completely alter your perception of Egypt. While you may view the country as a dry, old expanse filled with old world monuments and crowded cities (and in places you wouldn’t be too far off), Dahab is more of a seaside paradise. It’s located on the southwestern portion of the Sinai Peninsula on the Aqaba Bay, and is known largely for relaxing beaches and excellent diving. The Blue Hole dive in Dahab draws experienced divers from all over the world. 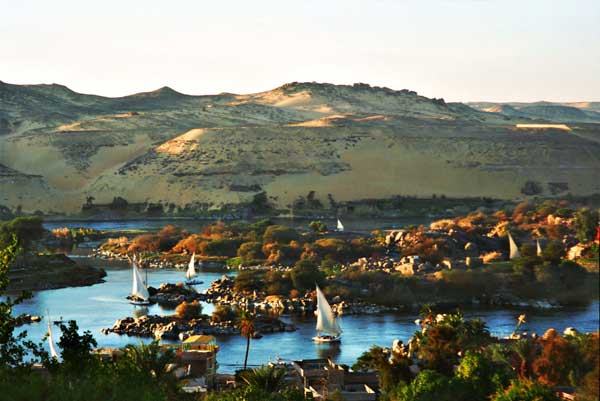 In a strange way, Aswan may be one of the most unchanging cities in Egypt. Today it’s actually quite large, but once upon a time it supposedly served as something of a southern riverside getaway for the royal and wealthy. In a way it’s still just that, as it’s a regular stop for Nile cruises, and is in fact responsible for many of the photos you might see of sailboats moving past particularly pretty stretches of the famous river. Aswan is a wonderful place to relax for a few days during a trip to Egypt, and also allows you to get close to some excellent ancient history, such as Abu Simbel and temples to various pharaohs. The botanical gardens in town are also renowned. 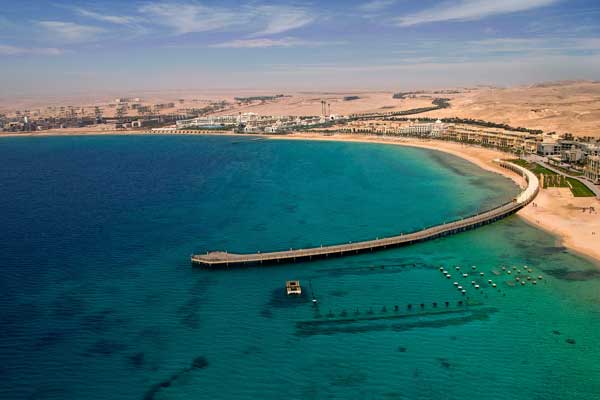 Any description of modern Hurghada is going to read very much like the one above for Dahab. In ancient times it was more of a fishing village, and it has since become a very popular vacation spot on the Red Sea, renowned for its diving opportunities. However, Hurghada has also become a resort getaway, making it one of the genuine luxury vacation opportunities in Egypt. Accommodations like the Hurghada Marriott Beach Resort and the SUNRISE Crystal Bay Resort are among the nicest places in the entire country to stay, and certainly offer a different brand of Egyptian vacation.

Bernice is – you guessed it – an ancient fishing village that has since become a seaside tourist destination! Unlike Hurghada and Dahab, however, it’s not necessarily a diving hub, and it isn’t known as a place for grand resorts. Rather, it’s considered something of a quaint, pretty small town along a rocky coastline with an interesting history.

Rather than providing additional opportunities to see the ruins of the ancient Egyptian civilization, Bernice is better known for its connection to Greek and Roman rule at different points in history. The ancient Ptolematic Temple is probably the main attraction in the area, though one never knows if things will stay that way, because the area around Bernice is still being explored. In 2015 for instance archaeologists unearthed a Greek temple façade that could be nearly 4,000 years old. 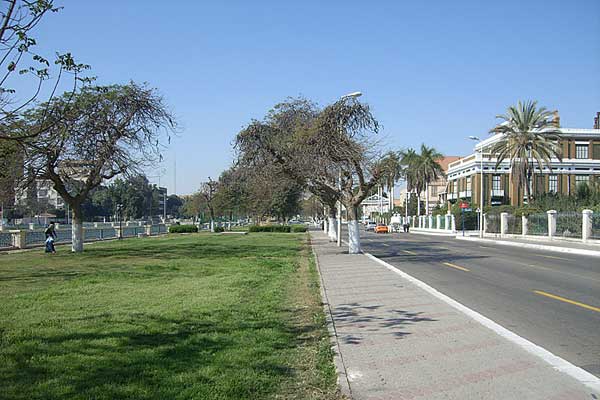 This is a city that will likely surprise you if you decide to look it up. That’s because Ismailia is cleaner, more modern, and just more evidently planned than most of its Egyptian counterparts. Located on the Suez Canal and filled with gardens, museums, and semi-modern buildings, its nickname is “The City of Beauty and Enchantment.” 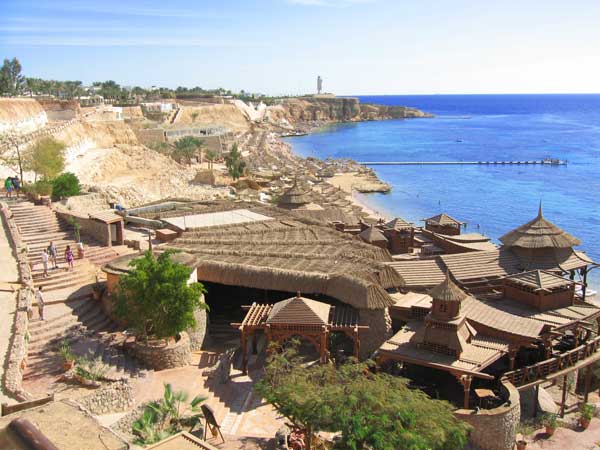 Visit Sharm el-Sheikh, and you might just challenge Ismaila’s aforementioned nickname. While Ismailia is a cleaner and more modern city than many other places on this list, it can’t really touch Sharm el-Sheikh for pure natural beauty. This is another city located on the Sinai Peninsula and just north of the Red Sea, and is another coastal getaway for tourists more interested in relaxation. Incidentally, it’s also a city known for its watersport activities, making it feel something like an island getaway. You can just relax on the beach if you like, or try your hand at any number of water-based activities.

0 0 0
Previous : Beavers Bend State Park: A Landscape Park in Oklahoma
Next : Planning a RV Road Trip in the Largest US States